My wife, my daughter and I were back at Campus Magnet Campus for the second time in just two weeks for yet another Joint Public Hearing on a school slated for phase out. This time it was Business Computer Applications and Entrepreneurship High School.  As this was the second time this school has been placed on the DOE chopping block (it was saved by a UFT-NAACP lawsuit in 2010), the small school had already been downsized.  However, this did not dampen the enthusiasm of the audience which included virtually the whole staff along with some passionate students and parents.

The UFT was represented by VP for Academic High Schools Janella Hinds and some folks from the Queens office.  Other UFT leaders from Campus Magnet including Camille Eterno and Clarence Reynolds were in attendance.

The person who stole the show this time with a remarkable power point presentation exposing the DOE numbers for the sham they are and proving how high needs students and closing schools go hand in hand was the BCAE Chapter Leader Joel Vigne.  He showed how BCAE, Beach Channel and Jamaica are three of the four schools who have the highest percentage of high needs students in Queens and all three are being closed instead of being given proper resources.  He also pointed out how DOE has schools with comparable statistics yet some close while others get grades of A or B and stay open.

Camille Eterno told the audience how these social experiments in Southeast Queens must stop. She said closing Jackson in the nineties was an experiment and now with two of the four replacement schools being closed, the experiment obviously failed.

PTA leaders at BCAE made emotional presentations as did students and staff.  It was a very spirited night.  Will the PEP be moved?  We doubt it but at least the Queens representative on the PEP was there to voice his opposition to the phase out. 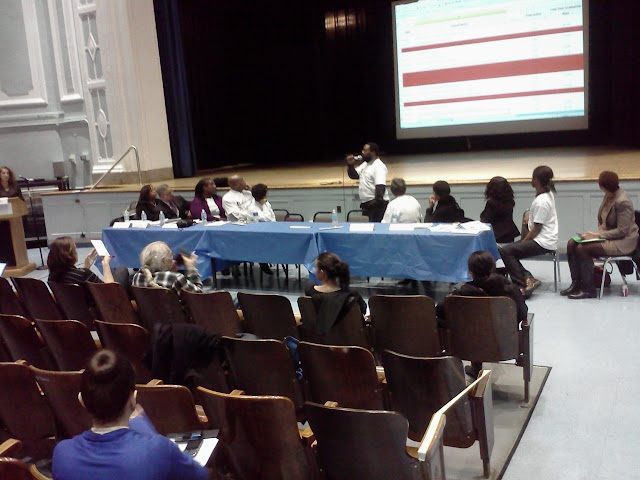 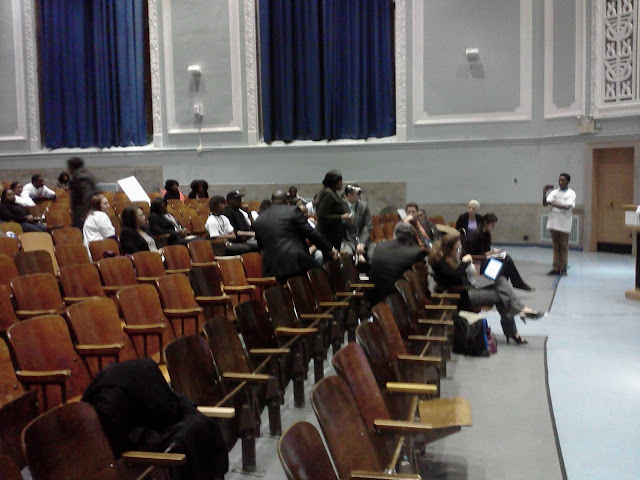 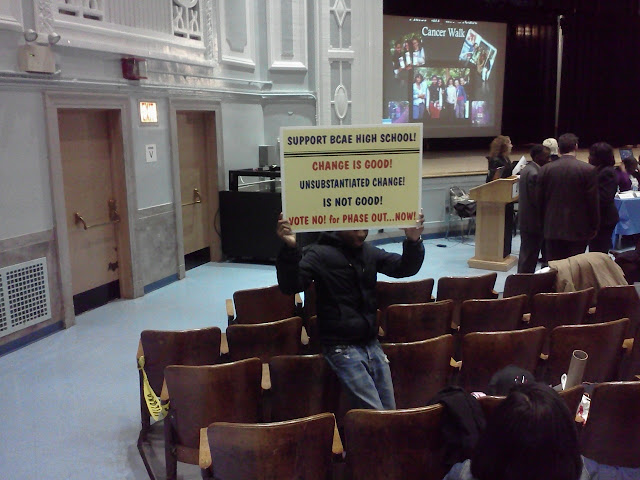 Thank you for the support of BCAE. We took our best shot on tuesday. I hope someone was listening.