Bloomberg has an interesting piece tying together the Janus case with the West Virginia teachers' strike that Reality Based Educator sent me this morning.

From the Josh Eidelson article:
A week ago, thousands of public school teachers in West Virginia went out on strike, a rare but familiar union-organized action to protest low wages and rising health-care costs. Tuesday night, state union leaders and the Governor Jim Justice reached a deal, and the teachers were expected to be back at work on Thursday.

Unsatisfied with the resolution, they stayed on the picket line, mounting one of the country’s biggest unauthorized “wildcat” strikes in decades. “I think that teachers had just finally had enough,” said striking English teacher Erica Rodeheaver.
And the action is continuing as the State Senate has not acted on the 5% raise that the Governor agreed to.

Is this our future after the Supreme Court in the Janus case will more than likely take agency fees away from unions in the public sector to further weaken us?

As uncommon as work stoppages have become in the U.S., big wildcat strikes like West Virginia’s are almost unheard of. It arrives at a moment when organized labor, already in steep decline, is facing a new emergency: The Supreme Court heard arguments Monday in a case that’s expected by June to end mandatory union fees for all government employees, an outcome that would slash unions’ budgets and power.

Against this backdrop, the strike in West Virginia, where unions lack both mandatory fees and formal collective bargaining rights, has become for some a beacon, an example of the type of disruptive activism that could keep the labor movement alive.

“I think it’s the most important thing going on in the labor movement in recent years,” said Joe Burns, the director of bargaining for the Association of Flight Attendants. “I think it presents a path forward for the labor movement: solidarity and strike action.”

Further down:
This kind of workplace turbulence could become more common if the Supreme Court gets rid of mandatory fees, a decision that would make more of the country “right-to-work.” Many states legalized collective bargaining and mandatory fees in hopes of averting wildcat disruptions and securing “labor peace,” and they largely have.

If more moderate members decline to fund their unions, the remaining members could prove more eager for aggressive action. If unions can’t get the state to guarantee they can collect fees from everyone they’re representing, they could be more hesitant to give the state a guarantee that their members won’t strike. And if some unions give up their right to represent non-members and reboot as “members-only” groups advocating just for those who pay dues, unions could end up in competition with one another, trying to outdo each other with more militant, demonstrative protests.

Why wait for the Supreme Court to take us down? It's the rank and file that have to bring this militancy on.

From a comment on our last piece on West Virginia:
Hell yes, we strike. De Blasio already tipped his hand with the Carvahlo pick. He tried to sneak in a test based commission pay system in the middle of the night during our contract year. It’s time we up our demands. We want a restoration of our pension to at least Tier 2 levels, an elimination of test based evaluations, full raises, and the same paid maternity that all state workers get (with leave replacements that end the current system of coerced overtime). We also want a restoration of our health benefits to eliminate the 200% increase in copays for ER visits he instituted. How many teachers died because they were afraid to go to the ER for chest pains? A dead teacher is cheaper to insure than a live one, but, that’s a disgusting way to save a buck. Forget this mayor. He’s term limited out and he thinks Eva Moskowitz will gin up donors for the next stage in his life. He’s set us up to get screwed, and we need to be ready to walk. Remember, he settled our last retro contract in Hail Mary pass to extend expiration beyond his re-election. Now we are seeing exactly why he did that. Add to that the fact that he has preserved test based evals long after the RttT.

A few lines later:
I know someone will bring up the ‘75 strike. But, all others led to gains while ‘75 was meant to stop the bleeding in a fiscal crisis. The City is now flush with a big surplus and a booming stock market. If we let ourselves get hosed now, we are done. There is no end. I know some normally conservative Rank and File who are ready to fight back. They hate de Blasio, they’re emboldened by West Virginia (I’m shocked by who amongst my colleagues have been following the story there), and they’ve had enough. We need to start taking to each other about striking. I’m hearing people talk about it, and I say we make them feel even more comfortable saying it out loud.

I understand we make considerably more money than West Virginia teachers so we have more to lose but our working conditions are deteriorating in NY.

Do we want to stop the bleeding?

If we really want to get the evaluation system straightened out and get respected again, the time to step forward is right about now. If we wait for Mulgrew/Unity to fix the mess, we will be waiting a long, long time. 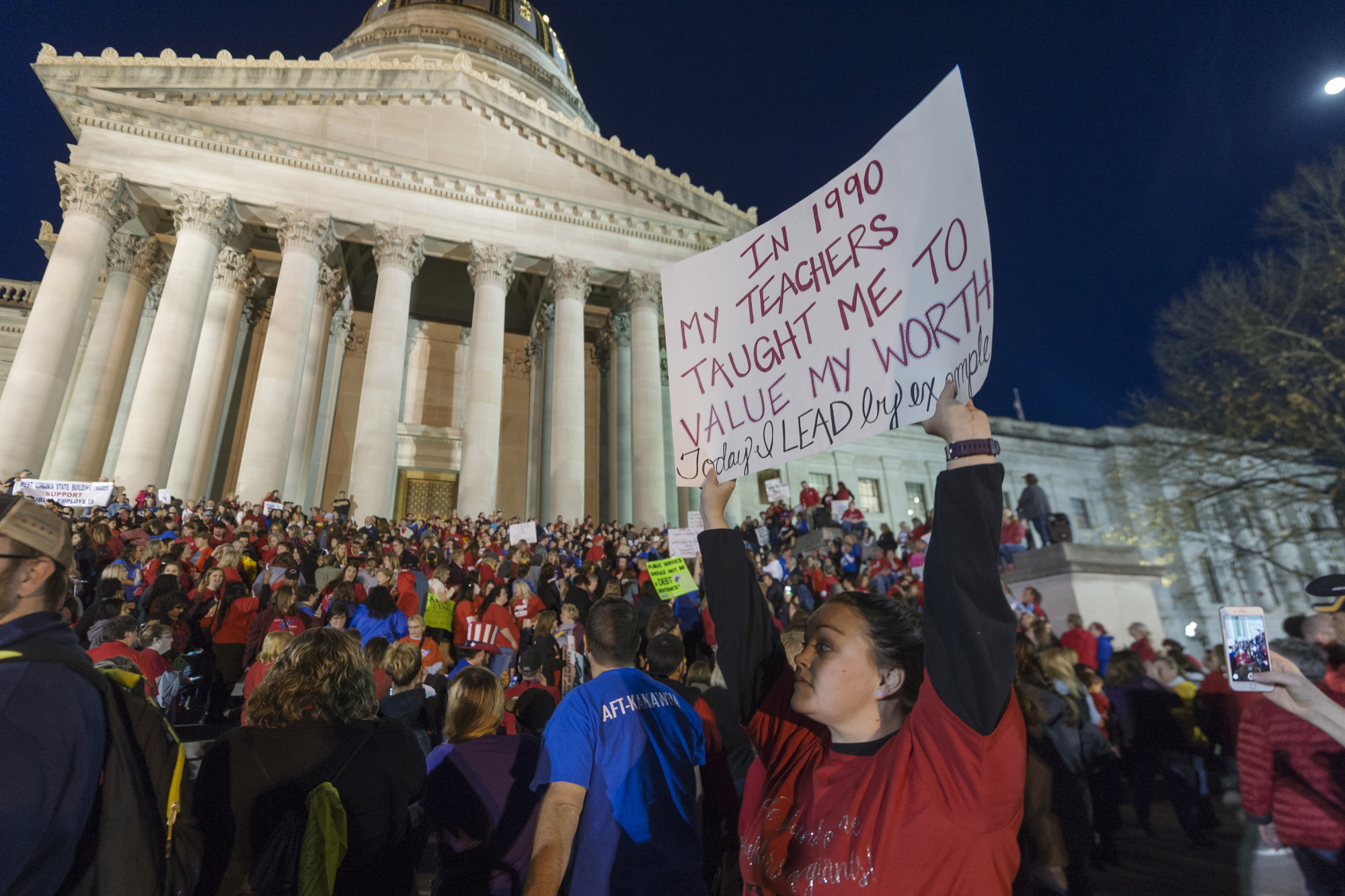 Wait, what about the middle school conference today? Mantel spoke about everything great. Unionproud remember...

Willing to strike if we strike for our workers/teachers rights prior to the 2005 contract. Would stay at current pay rate for next contract if those rights were restored. Not willing to strike for social justice warrior politics. The UFT should be about it’s workers and their rights. First, foremost and forever!

But the chapter leader training today...does your CL do a good job?

So, in other words, I can opt out of the UFT with a clear conscience. This does make me feel good.

The whole point is any strike should be about what we want, not someone's asshole social justice politics.

The spineless UFT we now have would never strike. After all they presented us the 2005 contract.

We are bleeding to death.
If we are to survive, we must strike!

The UFT will let you bleed to death.

The UFT fears two things: Janus for the money loss but just as much the rank and file figuring out what the leadership is about and waging a real movement for better conditions. Wake up folks. We have nothing to lose if we all stand together.

I agree with James. Who needs UFT "leadership" if we want to do a job action. A massive walkout can be organized by one NYC teacher with Facebook, Twitter, internet access. A walkout could be "organized" in five minutes and spread out and made viral in a few days.The question is who is willing to be that one person and who is willing to walk out?

I WILL WALK. WE NEED TO TAKE CHARGE. OUR UNION DOES NOTHING FOR US EXCEPT TRY TO BRAINWASH US TO SUPPORT THE CITY BY PREACHING "WE SHOULD BE THANKFUL FOR OUR JOBS" OR "BACKPAY IS NOT A GOD GIVEN RIGHT". These sound like statements that should have come from the city not OUR UNION PRESIDENT!!!!!