MIDDLE COLLEGE SUFFERS A SECOND TRAGIC LOSS OF A STUDENT

It is with great sadness that I report the passing of Jeremy Briones. Jeremy was part of Middle College High School's fifth year program where graduates take a fifth year at the school to complete an associate's degree at LaGuardia Community College. His family is in mourning and really needs some financial support. We are praying for them. 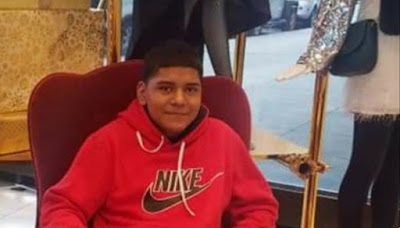 Jeremy was a star in one of the classes I taught in my last year. He was in grade ten at the time. Nationalism is an important theme in grade 10 global history so I had each student pick a nation and become our expert on that country. They then had to promote their country against another one in a debate. Jeremy chose Cuba.

His debate against his friend Juan in our battle of the nations is something I will not soon forget. Jeremy defended Cuba with real evidence while Juan supported Afghanistan with some facts but Juan was determined to also attack Cuba's government. Juan printed up about a hundred fliers denouncing both Cuba and Jeremy. Jeremy was ready. He responded by saying a communist government can be awful but it can still do good for its people by improving healthcare and education. I think Bernie Sanders used similar arguments. Maybe he borrowed them from Jeremy.

I had such a great time with Jeremy's class that met first thing in the morning. It didn't feel like work. Jeremy had a kind heart too. He had such a bright future. God called him home for a reason but I sincerely plead with the Almighty to stop taking Middle College students from us. They are needed here too.

A beautiful tribute from teacher to student.

Where are all those comments? How dare a teacher say something nice about a student.